Mr. Jones alternated his career between the private practice of law and public service.  Mr. Jones began his legal career while on active duty with the United States Navy serving as the Legal Officer for the Fleet ASW School, San Diego, CA.  Following his release from active duty he affiliated with the Navy Reserve, retiring as a Commander in the Naval Reserve Intelligence Program.

When not serving in one of the following positions, Mr. Jones engaged in the general practice of law in Southeastern Michigan.  Mr. Jones was the first Attorney-Referee for the Probate and Juvenile Court of St. Clair County where he held adjudication hearings for virtually every alleged youthful offender found within the county over a four year period.  He was Executive Director for the Port Huron Public Housing Commission, in charge of all of the city’s Public Housing programs.  He was a Referee for the Friend of the Court where over a period of fourteen years he conducted thousands of hearings on the establishment, modification and enforcement of child custody, parenting time (also known as “child visitation”), child support and spousal support orders.

Since retiring from the Family Division of the Oakland County Circuit Court in 2003, Mr. Jones has returned to the private practice of law, although now on a part-time consulting basis. 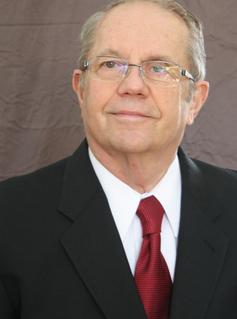